When I think of green beans I often flash back to the canned green beans my mom would heat up to go with dinner when I was a kid. While I didn’t mind eating them they were kind of blah. Flash forward to my adult life. I quite enjoy fresh green beans but I’m usually a one trick poney when it comes to cooking them. I simply blanch them, toss in some olive oil (sometimes butter), and a little salt. While I do have a potato salad recipe that I pair them with, aside from being slathered in a vinaigrette, they are still prepared the same way… blanched. 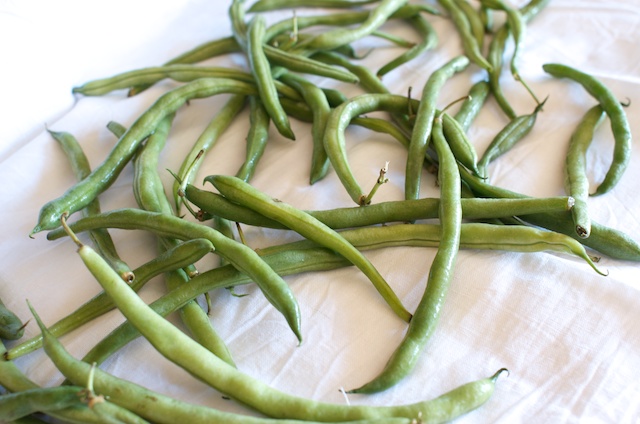 So with the giant bag of green beans I purchased several weeks back I knew I had a to find a different way cook them if I didn’t want to throw half of them out.

Enter roasted green beans. This isn’t anything new either, lots of people have done this before… I think I’ve been suffering from tunnel vision.

It is the perfect way to add variety to you green bean repertoire. Since we are talking about roasting, there isn’t much fuss in preparation. Once you know what the oven temperature is all you need is the green beans, oil, and salt. And then of course there are the additions… various seasonings, vinegars, garlic, cheese (such as parmesan or pecorino romano), etc. For this batch I wanted things a little kicked up so I added in large chunks of garlic and pecorino romano cheese. 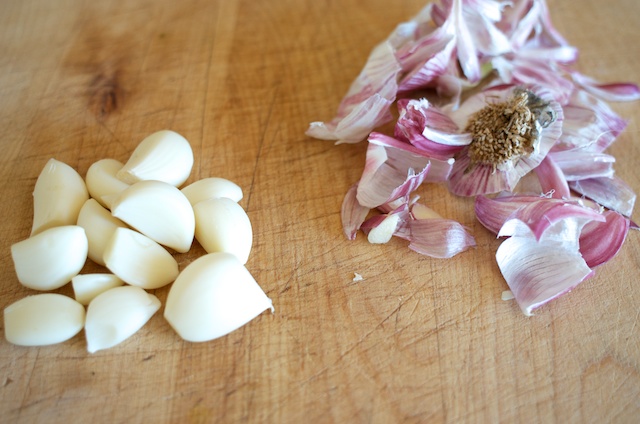 So we toss with olive oil and season. 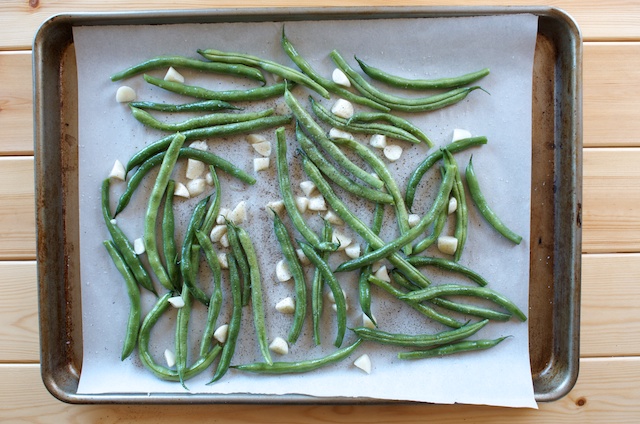 Half way through cooking you will want to pull the beans out and give them a good toss to make sure everything gets evenly cooked. If you decide to add the cheese, this is where you would sprinkle it on top. Back in the oven and another 10 – 15 minutes later and viola! 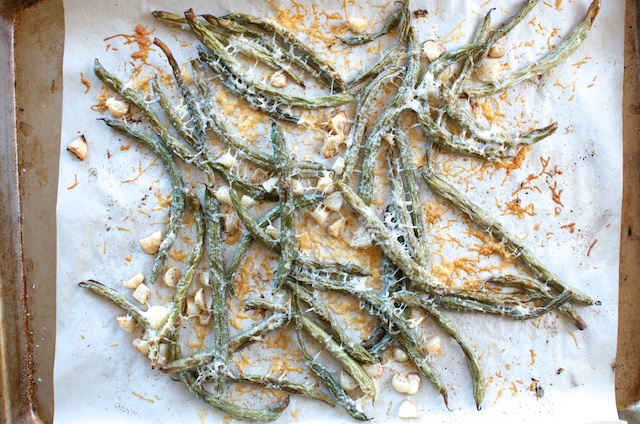 It is really hard not to pick at this when it comes out of the oven. It’s crisp and salty. See how the cheese is just golden where it is just on the parchment? Try not to burn your fingers picking at that. It’s almost the best part.

Add the garlic (if adding) and drizzle the olive oil over top of green beans and garlic. Sprinkle with salt and pepper and toss well with hands.

Put into oven and bake for 10 minutes.

Remove from oven and toss to ensure even baking. If adding cheese, sprinkle cheese on top before putting back into the oven. Bake for an additional 10 – 15 minutes.

Remove from oven and let cool a bit before serving. Try not to burn your fingers when picking at the crispy cheese.

Servies 2 as a side or 1 hearty lunch serving.